Finally Got It Right

Almost finished the capris, just have to hem them. The legs are so wide, it's actually closer to gauchos or a split skirt but I like them and can't wait to finish the plaid jacket. 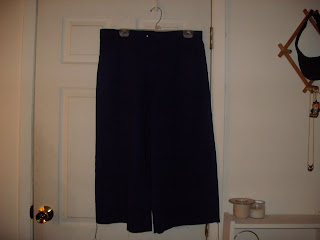 This picture shows the color better and it also shows what I finally got right. After making I don't know how many pairs of pants with a front fly I realized I had been putting them in wrong, my fly was always on the right, I was folding some clothes and noticed a pair of jeans and that's when I realized I've been doing it wrong for years, oh well better late than never. 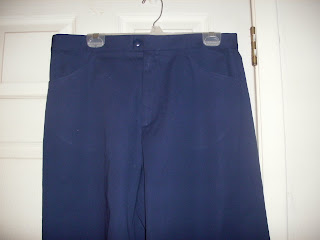 Here's a picture of Kendall's birthday cake, he couldn't make up his mind so I helped him by suggesting chocolate. I wanted to try a new whipped cream frosting, it was so good, my cakes are ALWAYS from scratch I just can't bear a cake mix or that awful canned frosting. I actually saw this on some one's blog but I used my recipe and then just folded in the whipped cream. I should confess after saying everything is always from scratch this was the first time I made the whip cream, which all you do is whip heavy cream but it was awesome and I got my chocolate fix. My frosting recipe is really easy but since I don't measure I can't really post it, it's coco, butter, vanilla, a little sour cream, powdered sugar and warm milk or water until you have the right consistency, I think I probably folded in about 1 cup whipped cream, my kids always clean the bowl and they loved it. 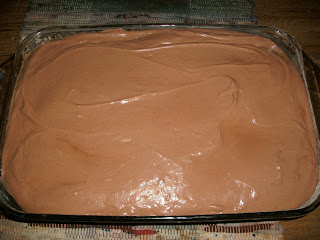 That's my almost mid-week post, I hope everyone is having a great week so far.

The capris are cute! OMG that cake looks good!

Your capris look good, and really need to try my hands at pants again to get comfortable with the fly front issues.

Tanya I don't think you had it wrong. I just try to remember that you zip jeans with your right hand and dress slacks with you left! Check it out.