Once again we had a wonderful Thanksgiving in Atlanta/Bivins Tx. If you need any further evidence that the food was abundant, plentiful and delicious here is Uncle Son after the meal, if this isn't itis I don't know what is lol. 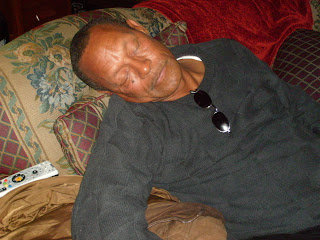 This game helped work off some of those calories, if you've never played it is a blast. 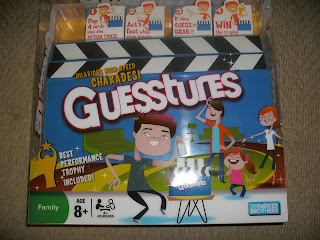 Here's Brannon and Jared, they pride themselves on being the champs. 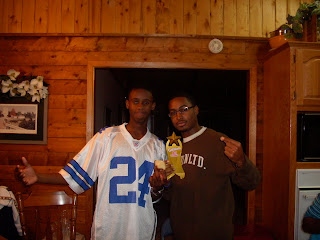 Which is why he was hating when we won. 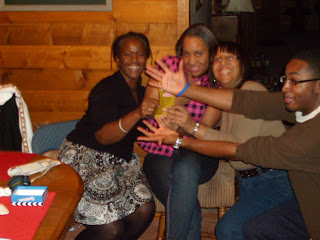 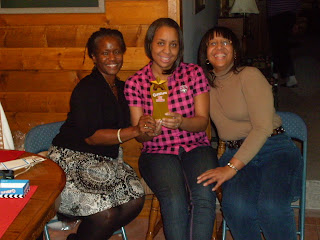 Why don't my cakes ever come out this good at home? 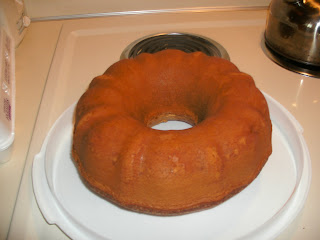 Jared is a HUGE Dallas Cowboy's fan, in light of their record this year I'm trying to make him a Cincinnati Bengal's convert but I found out that their colors and mascot is the same as his high school rival's so I don't think he will be wearing this to school. 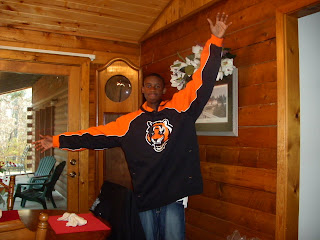 And of course I managed to squeeze in some fabric shopping. Thankfully the Wal-mart in Atlanta still has their fabric dept. I got these two stretch knits off the 1.50/yd table. 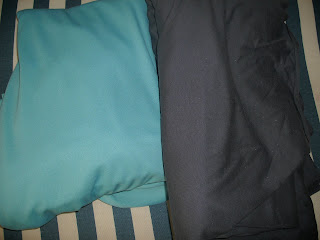 Some sheers for summer. 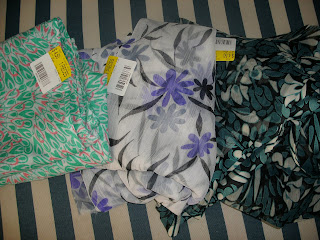 And their fleece was on sale for 2.84/yd, now I'm committed to making robes for the boys this Christmas. 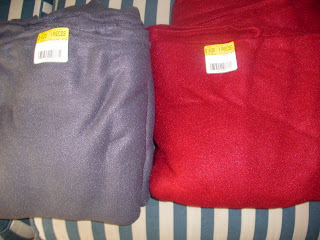 That's it for me, it was a very nice Thanksgiving I even managed to see my Uncle Travis and Aunt May who I haven't seen since I was 16, they live in Dumas, ARK. It added about 4 hours to our trip home but it was worth it.

It does look like you have a wonderful family. I've never seen that game. Is it something a whole family, including children, can play?

Julia: the game says it's for ages 8+ it's similar to charades, you select 4 different cards, they fit in slots, each card is only visiable for a short time, if it drops you lose the point and have to move on to the next card, loads of fun but some of the words might be hard for an 8 yr. old.

Do you have plans for the sheers? I'm never quite sure what to do with them.